Video of a monkey giving bath to its baby goes viral 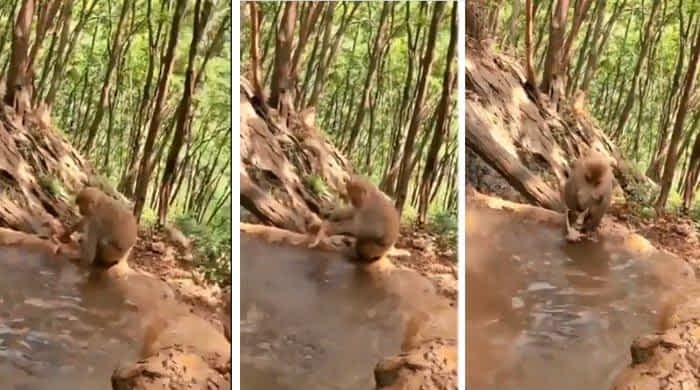 A monkey is an animal whose movements have the potential to attract the attention of most people.  One such movement was recently filmed by a social media user. And as they posted it on Twitter, the video instantly went viral.

The adorable video shows a female monkey giving a bath to her baby in a pond.

Much like humans, the female monkey could be seen pouring water on the baby’s face while the baby is constantly trying to get out of the water.

Many people were amused by the viral video, which was shared on Twitter by a man named Sunanta Nanda.

“This is the way mother teaches their kid that no one else can take a bath for you..,” he wrote.

The video that was shared yesterday has been viewed by thousands of users so far.