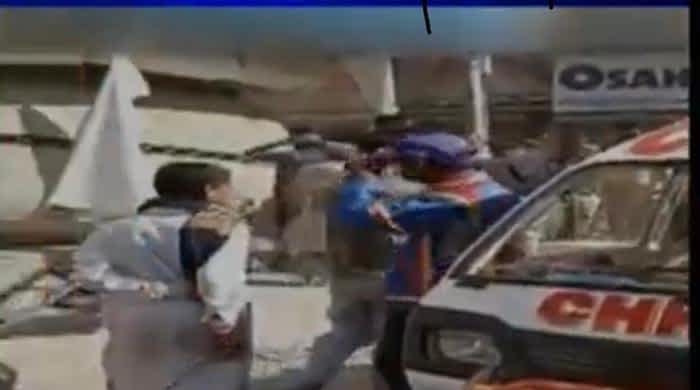 KARACHI: Citizens in Karachi’s Paposh Nagar area were shaken on Friday afternoon after a water tank inside a bank exploded.

Police and rangers officials arrived at the sight shortly after the blast and cordoned off the area.

“The bank’s shutters, a vehicle and two motorcycles were damaged due to the blast intensity,” said the cop.

The Bomb Disposal Squad (BDS) was also called to the spot soon after the blast was reported. Initial investigations suggest the water tank exploded due to a malfunction.

However, so far, no casualty was reported  since it is December 25 and is a public holiday and there was no staff in the office except a security guard.

Cambridge releases AS, A Level results