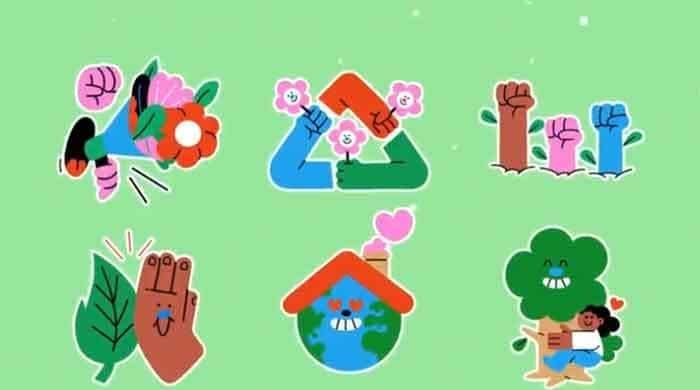 Facebook-owned WhatsApp on Tuesday unveiled a special sticker pack to mark Earth Day and educate the users on ways to “protect” the planet.

“To celebrate Earth Day, we created a sticker pack that highlights steps you can take to protect our planet and drive progress,” tweeted WhatsApp with a short video of the stickers that will be included in the pack.

The popular messaging app reminded users to use the opportunity to reflect on how words and conversations can create a sustainable future for everyone.

Each year on April 22, the world observes Earth Day that started in 1970. Today many events are held worldwide to emphasize the state of the planet that we live in.

The idea emerged in 1969 at a UNESCO Conference in San Francisco. The idea to observe such a day was proposed by peace activist John McConnell. He had proposed the date to be March 21, 1970, the first day of spring in the northern hemisphere.

However, the day changed to April 22 after US Senator Gaylord Nelson proposed the idea to hold a nationwide environmental teach-in on April 22, 1970.

He worked with young activist, Denis Hayes, and the two named it “Earth Day”.

On Earth day, multiple communities engage in actions and plan out activities for an entire week focusing on environmental issues that the world faces.