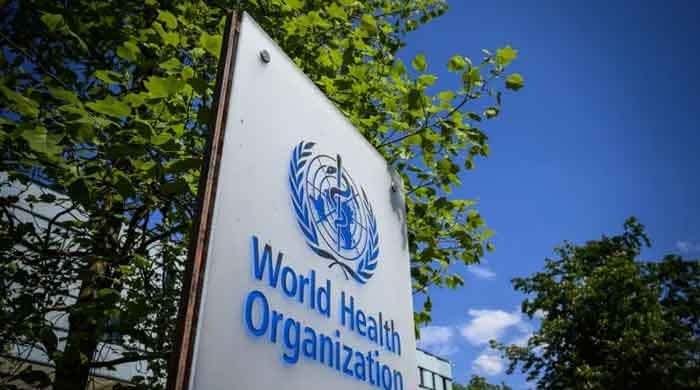 ‘WHO continues to assess the global risk level of COVID-19 to be very high,’ the UN health agency said in a statement.

PARIS: The world health body on Saturday warned of long drawn out virus pandemic as India and the Philippines reported a record rise in new cases.

Six months after the World Health Organization declared a global emergency, the novel coronavirus has killed more than 680,000 people and infected more than 17.5 million, according to an AFP tally.

Mexico also overtook Britain to became the third hardest hit country for virus deaths after Brazil and the US with over 46,600 fatal cases.

An emergency WHO committee reviewing the pandemic “highlighted the anticipated lengthy duration of this COVID-19 pandemic, noting the importance of sustained community, national, regional, and global response efforts”.

“WHO continues to assess the global risk level of COVID-19 to be very high,” it said in its latest statement.

As countries across Western Europe announced new lockdowns and reported historic economic slumps, the WHO also said the effects of the pandemic “will be felt for decades to come”.

The outlook was bleak in Asia as well.

India and the Philippines reported record increases in new daily infections at 57,000 and 5,000, despite tightened restrictions.

“We are waging a losing battle against COVID-19, and we need to draw up a consolidated, definitive plan of action,” said an open letter signed by 80 Filipino medical associations.

Japan’s Okinawa declared a state of emergency after a record jump in cases on the island — many linked to US military forces stationed there.

The pandemic has spurred a race for a vaccine with several Chinese companies at the forefront, while Russia has set a target date of September to roll out its own medicine.

However US infectious disease expert Anthony Fauci said it was unlikely his country would use any vaccine developed in either country, where regulatory systems are far more opaque than they are in the West.

As part of its own “Operation Warp Speed”, the US government will pay pharma giants Sanofi and GSK up to $2.1 billion for the development of a COVID-19 vaccine, the companies said.

France, Spain, Portugal and Italy all reported huge contractions in their economies for the April-June quarter, while Europe as a whole saw gross domestic product fall by 12.1%.

In a sign of the trade-offs being forced on European governments, Britain imposed new restrictions Friday on millions of households in northern England.

Norway, where infection numbers have been rising in recent days, recorded its first virus death in two weeks.

At least 36 crew members confined on a Norwegian cruise ship have tested positive for the new coronavirus, the company Hurtigruten said on Saturday.

Despite the resurgence in cases, there have been demonstrations in Europe against the curbs. On Saturday, thousands protested in Berlin urging “a day of freedom” from the restrictions.

“We are the second wave,” shouted some, as marchers headed for the Brandenburg Gate while others called for “resistance”, dubbing the pandemic “the biggest conspiracy theory”.

Fresh off a bout of COVID-19, Brazil’s President Jair Bolsonaro said nearly everyone will probably end up catching the new coronavirus.

In South Korea, the elderly leader of a secretive sect at the centre of the country’s early coronavirus outbreak was arrested for allegedly hindering the government’s effort to contain the epidemic.

People linked to Lee Man-hee’s Shincheonji Church of Jesus accounted for more than half of the South’s coronavirus cases in February and March, when the country was enduring one of the worst early outbreaks in the world.

The South has since been returning largely to normal, appearing to have brought the outbreak under control with an extensive “trace, test and treat” programme.

The pandemic continued to cause mayhem in the travel and tourism sectors with more airlines announcing mass job cuts.

Tanzania banned Kenya’s national airline from entering the country effective Saturday as part of a deepening row triggered by Tanzania’s controversial handling of the coronavirus pandemic.

Hoping for more tourists to return, Greece reopened six of its main ports to cruise ships for the first time in the coronavirus-shortened tourism season.