Who will get the Pfizer vaccine in Pakistan? 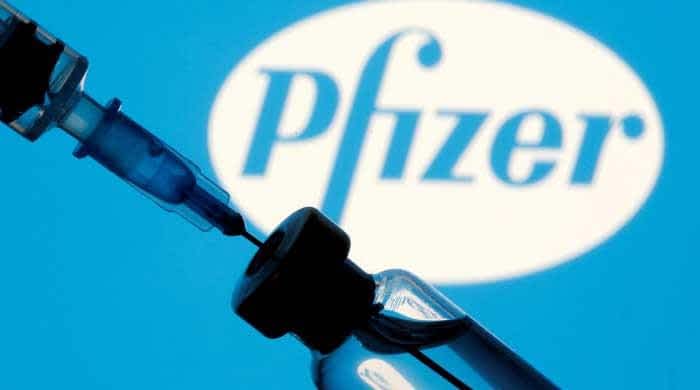 ISLAMABAD: Amid short supply, Pfizer’s COVID-19 vaccine will be given to specific people who needed the jab the most due to global vaccine acceptability issue, Federal Minister for Planning and Development Asad Umar said Thursday.

Those who have a work visa, going for Hajj and students going for studies would be given the vaccine on priority, the minister said.

Pakistan received the first shipment of 106,000 doses of Pfizer’s vaccine through COVAX, while the government is also planning to procure ‘one to two million doses’ of mRNA vaccine directly from the manufacturer.

“The government is working hard to expedite the vaccination process across the country so that restrictions are lifted and businesses are resumed,” Asad Umar said.

While responding to a question regarding the Pfizer vaccine, which the country received under the COVAX facility, the minister said that Pakistan received a limited quantity of the vaccine this month due to which the government has decided to give the vaccine to those who are going abroad where it is mandatory.

Asad Umar said that the vaccine acceptability issue is global and urged the other nations to address it.

He said that the government is launching a mass vaccination campaign and planned to establish 4,000 vaccination centres across the country.

Officials at the National Health Services, Regulations and Coordination (NHS R&C) had told the publication that since they have received a limited supply of Pfizer’s vaccine so far, it would only be used to inoculate “those with compromised immunity, transplant patients, pregnant ladies, children of 12 years and above in need of vaccination” and those recommended by the committee of experts.

In addition to that, Pfizer’s vaccine can be used for inoculation of Hajis (pilgrims) of less than 40 years of age as they can’t be inoculated with AstraZeneca’s vaccine at the moment, the official had said, adding that strict monitoring of the vaccine would be carried out to prevent its misuse.

“Some big guns have already started approaching us to vaccinate them and their families with Pfizer’s vaccine but they are being refused as this is only meant for people with compromised immunity,” the official had stated and added that NCOC will distribute the vaccine to the provinces under strict instructions to prevent its misuse.

“We are worried about the misuse of the mRNA vaccine in Punjab and Sindh as they have done some irregularities, so a foolproof system of monitoring and tracking all the doses of mRNA vaccine is being devised.”