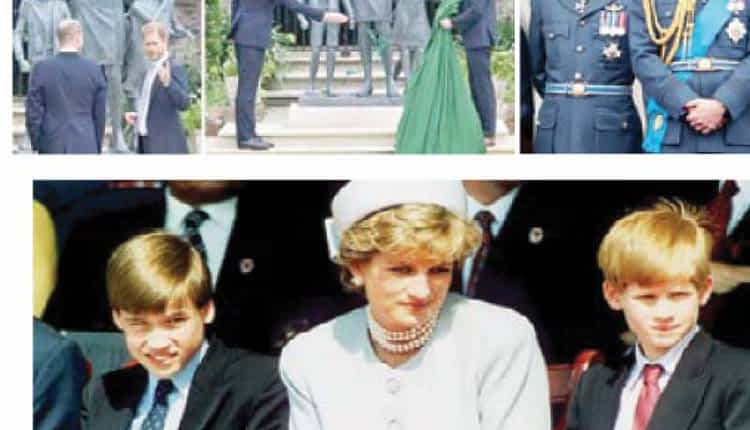 LONDON – Princess Diana’s statue has finally been unveiled on what would have been her 60th birthday. The People’s Princess’ statue placed in the gardens of Kensington Palace was unveiled by her two surviving sons Prince William and Prince Harry, who reunited, putting their feud aside. The unveiling on July 1, the Princess of Wales’ 60th birth anniversary was attended by close friends and family members, including her brother Earl Spencer. The statue shows Diana with two children, a girl holding the hand of the princess and another boy. Prince Harry and Prince William chose to honour Princess Diana with ‘hands-on’ approach in a truly ‘fitting’ tribute according to experts and sources. The claim has been brought forward by True Royalty TV co-founder Nick Bullen. During his interview with Fox News Mr. Bullen was quoted saying, “Prince William and Prince Harry have wanted to do something for Diana for such a long time.” “There have been various attempts. The Diana Memorial fountain was something that didn’t really capture the essence of Diana, many believed.

But this statue I’m told is an amazing piece of work and a fitting tribute.” He concluded by saying, “There were lots of concerns about how to capture her image in stone because she was so beautiful. And there were lots of conversations about the memorial and how it would capture the essence. And the boys were very hands-on in the planning process.”