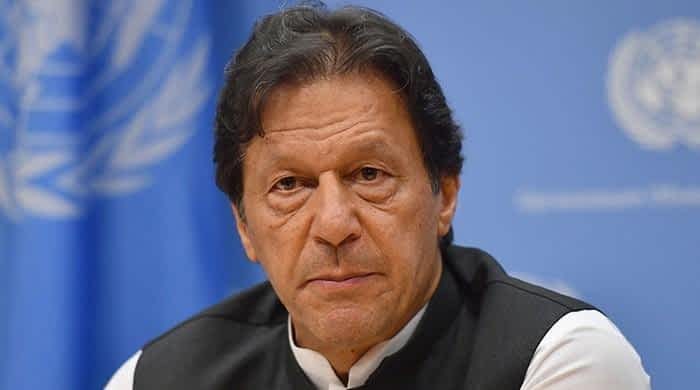 Prime Minister Imran Khan on Saturday said that the world “cannot remain indifferent or silent” in the face of “irrefutable evidence” provided by the Pakistan Army and the Foreign Office of India’s direct involvement in terrorism inside Pakistan.

“We have provided irrefutable evidence of India’s state-sponsored terrorism inside Pakistan. Details of financial and material support and Indian state’s direct involvement in terrorism have been given to the world which, in the face of this evidence, cannot remain indifferent or silent,” PM Imran said in a statement on Twitter.

The prime minister said in view of the evidence provided, Pakistan “expects the international community to force India to end its terrorism and bring to justice those responsible for killing thousands of innocent people in Pakistan”.

He said that no one in the world should doubt that Pakistan knows how to defend the country and “will continue to do so with our combined national resolve”.

Earlier in the day, Pakistan presented a detailed dossier containing evidence of India’s involvement in terrorism being carried out in Pakistan.

“Today, we have irrefutable facts that we will present before the nation and the international community through this dossier,” Foreign Minister Shah Mahmood Qureshi said as he addressed a press briefing at the Foreign Office alongside Director-General of Inter-Services Public Relations (ISPR), Maj Gen Babar Iftikhar.

During the detailed briefing, Qureshi and Maj Gen Iftikhar highlighted how India is promoting terrorism with not only the use of its own soil but also neighbouring countries and has developed a plan to destabilise Pakistan.

Maj Gen Iftikhar said that India is uniting terror outfits and encouraging them to act against Pakistan. He said that these organisations are aimed to be united under Baloch Raaji Aajoie Sangar (BRAS), which was constituted in 2018.

He added that Indian embassies and consulates operating along Pakistan’s borders are becoming a hub of terror sponsorship against Pakistan.

The DG ISPR said that India had raised a militia of 700 people to undertake terrorism in Balochistan, especially with a view to sabotage the China-Pakistan Economic Corridor (CPEC).

The army spokesperson said Indian intelligence agencies are managing 87 terrorist camps — 66 out of which are located in Afghanistan and 21 in India. He said India has also been rendering support to various entities through the provision of weapons, ammunition and IEDs.

The army spokesperson highlighted major attacks that were traced back to RAW.

Furthermore, he said that India will mobilise “hostile elements” to undertake various subversive operations in Kashmir and GB after November 20.

He said RAW also aims to target public gatherings and assassinate a mainstream and sub-national leader in GB or AJK.

The press briefing came a day after ISPR said four civilians and a Pakistan Army soldier were martyred in “unprovoked and indiscriminate” shelling by Indian troops from across the Line of Control (LoC) in several areas of Azad Jammu and Kashmir (AJK).