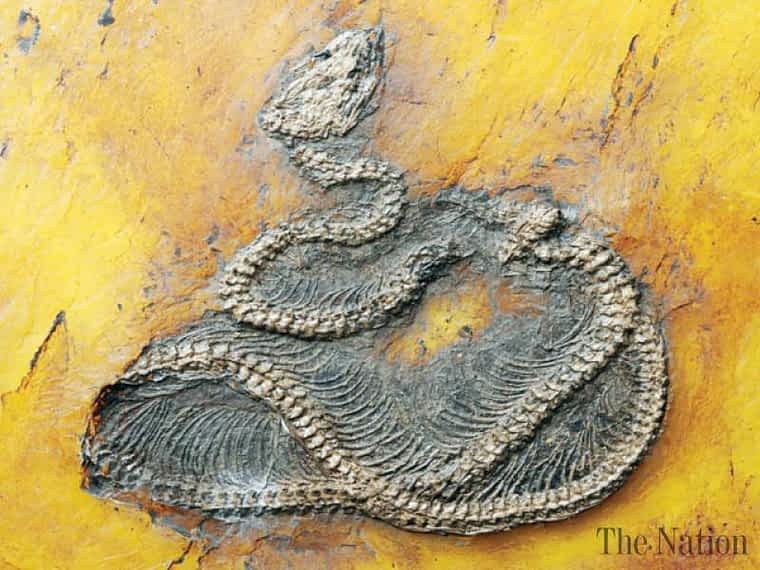 ISLAMABAD-Together with his colleague Hussam Zaher of the University in São Paulo, Senckenberg scientist Krister Smith described the world’s oldest known fossils of a python. The almost completely preserved snakes with a length around one meter were discovered in the UNESCO World Heritage Site “Messel Pit” and are about 47 million years old. The new python species, Messelopython freyi, was named in honor of paleontologist Eberhard “Dino” Frey of the State Museum of Natural History in Karlsruhe. The study was published recently in the scientific journal Biology Letters.Reaching a length of more than six meters, pythons are among the world’s largest snakes. Today, various species of these constrictors are found primarily in Africa, Southern and Southeast Asia, and Australia. “The geographic origin of pythons is still not clear. The discovery of a new python species in the Messel Pit is therefore a major leap forward in understanding these snakes’ evolutionary history,” explains Dr. Krister Smith of the Senckenberg Research Institute and Natural History Museum in Frankfurt.

We are not safe in Karachi either, say worried Shia Hazaras