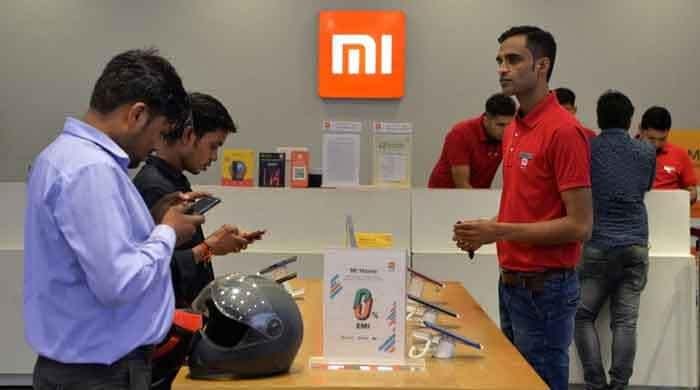 In this file photo taken on August 20, 2019, customers inspect smartphones made by Xiaomi at a Mi store in Gurgaon, India.— AFP

Xiaomi meanwhile surged to the number two position for the first time ever with a 17% share as sales jumped 83%, according to Canalys.

Apple dropped to the number three position with iPhone sales up just one percent, after getting a lift from last year’s new models.

“And as it grows, it evolves. It is now transforming its business model from challenger to incumbent… It is still largely skewed toward the mass market, however, and compared with Samsung and Apple, its average selling price is around 40% and 75% cheaper respectively.”

Chinese makers Oppo and Vivo held fourth and fifth place in the global market, each with around 10%, according to the Canalys preliminary estimates.

Xiaomi was recently removed from a US blacklist of Chinese firms subject to sanctions over national security concerns.