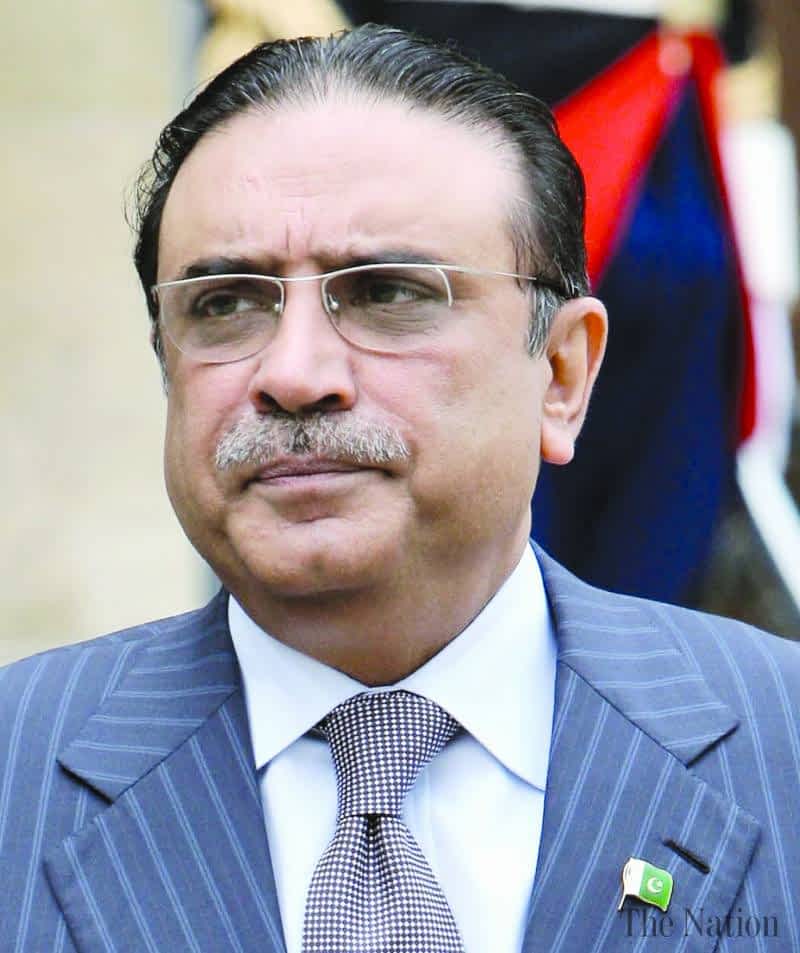 ISLAMABAD    –  Former president Asif Ali Zardari on Monday filed an application before the Islamabad High Court (IHC) seeking exemption from court appearance in his pre-arrest bail plea in a matter pertaining to laundering of billions of rupees through fake bank accounts.

A division bench of the IHC comprising Justice Aamer Farooq and Justice Mohsin Akhtar Kayani will conduct hearing of the petition moved by the leader of Pakistan People’s Party (PPP).

The application stated that the former president was discharged from the hospital last month and admitted again on November 22 after his health deteriorated.

The case is related to a suspicious transaction of Rs8.3 billion from Bahria Town through joint accounts of Zain Malik, son-in-law of property tycoon Malik Riaz, into fake accounts.

It added that all proceedings were taken in accordance with the law and there was absolutely no violation of fundamental rights of the petitioner, as he had been given complete exemption from court appearance opportunity vide call up notice to clarify allegations levelled against him.

The NAB stated that there was no statutory provision provided in the law whereby NAB was bound to inform or notice before arrest hence this petition was liable to be dismissed. Therefore, the bureau prayed to the court that petition of Zardari seeking bail may be dismissed in the interest of justice.

Judges have established hegemony over all institutions: Irfan Qadir