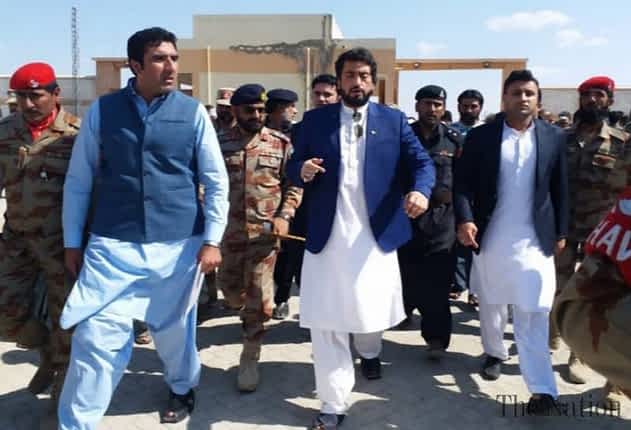 Special Assistant to the Prime Minister on Overseas Pakistanis, Zulfi Bukhari and Minister of State for Narcotics Control, Shehryar Khan Afridi on Sunday have visited the house of student Usama who was shot dead by the policemen in Islamabad.

According to the sources, Zulfi Bukhari and Shehryar Afridi met with the family of Usama on the directives of Prime Minister (PM) Imran Khan.

Both the leaders extended their condolences to the effected family and ascertained to take firm action against those involved in the unfortunate incident.

Earlier, local court in Islamabad had approved a three-day physical remand of five anti terrorism personnel in connection with the murder of student Usama Satti.

The committee was directed to submit report as soon as possible.

Moreover, it is important to be stated here that five personnel of Anti-Terrorism Department had opened fire on a vehicle, leaving a youth dead in the federal capital.

As per the initial reportst of the incident, contrary to the statement of the police personnel, it was revealed that shots were not fired on the tyres and five out of total 17 shots were fired from the front of the car which led to death of the youth.

The five anti terrorism personnel are currently under arrest.

The autopsy report of Usama Satti revealed that he was shot six times, with all bullets entering from the back. He received one bullet on the back of his head, one on the left arm while four bullets on his back.

In addition to this, it has been brought to light that there were two police cases registered against the killed youth, one for fraud in July 2018 while the other on an FIR under the Narcotics Act in October 2018.